Why Do People Become Investment Bankers?

While some might consider this a rhetorical question, with some of the reasons being quite obvious, there are in fact quite a few factors besides the massive bonuses and paychecks which might make one choose a career in investment banking. What is more, some of the reasons behind such a decision might be less obvious than others, especially since the job of an investment banker, while quite rewarding, is also one of the most stressful out there. Or to put it bluntly, while the money’s good, it’s not always considered enough to justify the pressure, the often insane working hours and sometimes, the sacrifice of personal life. 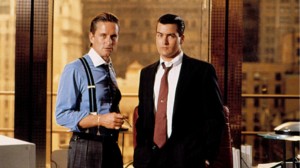 Still, great money is the main reason that comes to mind when one is considering a career in investment banking. It is self-explanatory too; the prospects of huge salaries and even bigger bonuses have attracted quite a few graduates and career switchers, especially since even at an entry level (i.e. analyst or associate position), investment banking offers bigger paychecks than other sectors.

In direct co-relation to the money, the flashy lifestyle of Wall Street bankers often portrayed in movies and TV series is another common motivation. While not attainable at the above mentioned entry-level positions, it moves within your grasp once you start climbing up the investment banking career ladder, with the activities and perks enjoyed by investment bankers making up for all those nights, weekends and even holidays lost at the office. Fine food, fine wine, trips to exotic locations, you name it, investment bankers have been there and done that.

In addition to being able to afford a variety of things and experiences out of reach for most people, there is also a certain status associated with being an investment banker. It’s not limited merely to the money and the lifestyle associated with the position, but also involves respect, which is visible in the eyes of friends, family and former schoolmates and colleagues. This image of the job is usually reinforced by recruiters at top-tier schools who seek to lure the best candidates to apply at their respective institution. Though it is possible to become an investment banker coming from a second tier school.

While stress might be one of the reasons why some investment bankers opt for a career change at some point, the fast-paced environment and being at the center of financial events hold a certain appeal for others. Let’s face it, some people are just not cut out for mundane office jobs and would rather face the stress associated with huge merger and acquisition deals for billions of dollars, than sitting at a desk moving numbers from one column to another.

While for some that might not be as important as money or lifestyle, some people do get into investment banking because of genuine interest in the field, or a natural predisposition to working in finance. And if finance is what you’re interested in, investment banking is one of the most attractive fields given that it’s where so much is happening, especially if you are fortunate (or skilled) enough to end up working for a bulge bracket firm. Such people have the best chance at excelling at the job since they are most interested in learning and enjoy figuring out how everything works.

There is also a specific category of people who look beyond investment banking and intend to use it just as a step toward bigger heights on their career ladder. Or, to put it in other words, they try to land an investment banking job only to be able to put it on their resume later on.
Similarly, some people are only attracted to the field on account of the exit options that it offers, such as getting a job into private equity, hedge funds, venture capital, asset management, or even landing a CFO position in corporate finance somewhere. While not everyone will be fortunate enough to become a CFO, it is still true that investment banking opens many career doors.

Why do people become investment bankers? While circumstances and sometimes even pure chance can be the reason why one ends up working as an investment banker, in the majority of cases, there is some serious motivation at play. Still, regardless of how and why you end up on Wall Street, try to make the most out of your time there.