The History of Investment Banking

There are few job fields which inspire so much awe, respect and curiosity as investment banking. Despite the heavy hit the industry took during the financial crisis, investment banks undoubtedly still retain their appeal for those considering a career in finance. And it is no wonder since 2007 was not the first time that banks have hit a bump in the road; while the history of investment banking has not always been straight-forward, the industry has lived through worse but has still somehow managed to rise again to prosperity like the proverbial phoenix from the ashes.

How It All Began 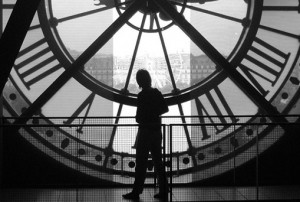 While the term ‘investment bank’ gained popularity in the late 19th – early 20th century, and largely in relation to the US, investment banking services existed long before Wall Street. Most of the oldest investment banks started out as merchants trading in commodities such as spices, silk, metals and so on. In the UK, whose capital still remains one of biggest financial centers in the world, the term ‘merchant bank’ is used to describe an investment bank.

The nineteenth century saw the rise of several prominent banking partnerships such as those created by the Rothschilds, the Barings and the Browns. At this point, investment banking had started to evolve into its modern form, with banks underwriting and selling government bonds.

It wasn’t long before investment banks emerged on the other side of the Atlantic where the industry received a boost during the Civil War when banking houses were syndicated to meet the federal government’s need for money to fund its war efforts. The 1800s also saw the birth of some of the most famous investment banks, some of which operate until this day, such as JP Morgan and Goldman Sachs.

The 19th and the beginning of the 20th century marked a dramatic expansion for the investment banking industry which benefitted from the prosperous years following the First World War, with the period sometimes referred to as a golden age for investment banking.

This dramatic rise, however, was not without consequences. Excessive market speculation, and unsustainable surges in stock prices, among other things, triggered the market crash of 1929, which in turn sparked the Great Depression.

The Great Depression was a difficult time for investment banks, some of which were forced to merge to survive. The crash also triggered more stringent regulation for the industry, including the famous Glass-Steagall Act of 1933 which required the separation of commercial banking from investment banking. JP Morgan for instance was forced to spin off its securities underwriting division to form Morgan Stanley & Co as an independent investment bank.

The second half of the 20th century marked another golden age for investment banks, which benefitted from a surge in dealmaking. Banks profited from being advisers on mergers and acquisitions as well as public offerings of securities.

This trend started changing in the 1980s when the focus shifted from dealmaking to trading. This process was underpinned by advances in computer technologies which enabled banks to use algorithms to develop and execute trading strategies, profiting from small changes in stock prices. The spirit of the times is perfectly captured in Oliver Stone’s 1987 movie ‘Wall Street’.

The second golden age of investment banks continued in the 1990s, characterized by the dot-com boom and bubble. The end of the decade, however, brought the repeal of the Glass-Steagall Act, which effectively removed the separation between Wall Street investment banks and commercial banks, exacerbating the financial crisis of 2007.

The biggest hit to investment banks since the Great Depression was brought by the speculative bubble in housing prices, as well as overreliance on sub-prime mortgage lending which damaged financial institutions globally.

Among the investment banking victims of the global financial crisis were Bear Stearns and Lehman Brothers. On the other side of the Atlantic, the UK government was forced to bail out Royal Bank of Scotland and Lloyds, while Barclays turned to the Middle East to raise capital privately.

The financial crisis triggered consolidation in the industry, with JPMorgan & Chase acquiring Bear Sterns, while Bank of America snapped up Merrill Lynch.

While the financial crisis now remains in history, its repercussions can still be felt today. One of the most notable consequences is the weakened dominance of Wall Street which, however, has partly facilitated the rise of new financial centers around the world, such as Singapore and Hong Kong which are taking advantage of the economic boom in China and Southeast Asia. Also, much like in the wake of the Great Depression, banks are facing more stringent regulations such as stress tests, while the UK for instance is looking to implement ring-fencing rules which, similarly to the Glass-Steagall Act, aim to separate lenders’ retail operations from riskier investment banking.

Still, despite the heavy hit from the financial crisis, trust in the investment banking industry has started to creep back. Investment banks are also seeing their profits rise, benefitting from the M&A frenzy seen in the past few years, which is now soaring to pre-crisis levels. And while even the best of experts would have a hard time predicting where the industry is currently headed, if the seemingly cyclical history of investment banking is anything to go by, then another golden age might as well be on the cards.