When you’ve decided to pursue a career in investment banking, passing through the initial CV screening process and going through the horror that the job interview can be often seem like Dante’s nine circles of hell. The bad news is that this is not necessarily all of it, for some institutions have one last circle known as the assessment center. Continuing with the hellish metaphors, the good news is that the devil is not as black as it is painted, for with the right set of skills and preparation, you can pass this one last hurdle which stands between you and your coveted investment banking job. 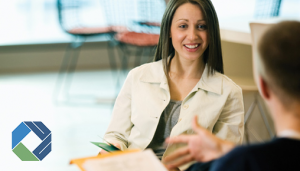 In short, an assessment centre brings together a group of short-listed candidates who are required to take a series of exercises and assessments, related to the job function for which they have applied. This particular stage is more typical on the other side of the Atlantic where it is often considered an integral part of the investment banking recruitment process.

The assessment center is sometimes compared to the ‘Superday’ in the US where an investment bank would fly out all the candidates it is seriously interested in and organize day-long interviews where the applicants typically speak with one banker at every level. In Europe, Australia and parts of Asia, you are more likely to complete case studies and presentations in front of bankers as your final round. If you do well, chances are that you will receive an offer.

While the stages of the assessment centre might vary from one institution to another, there are several typical components which you are likely to encounter regardless of where you apply, the first one being the numerical tests.

The name is pretty self-explanatory and chances are that you would have already been required to do similar tests online when submitting your CV. The on-site tests are aimed to determine whether you have the kind of numerical skills you will need for the job in a time-sensitive environment. Also, they are a way for the investment bank to make sure that you didn’t cheat during the initial numerical tests you performed online. The key to prepare for those is simply to practice with such tests in advance.

The next stage involves a case study which you will have to analyze and then make a recommendation or decision within a fixed timeframe, with some institutions requiring you to prepare a presentation. You can expect a problem along the lines of giving your opinion on an M&A deal, valuation of a company, etc.

One thing that you could do to prepare for this part of the assessment center is to look into deals which the bank where you’re applying might be working on, as well as big M&A deals in the news. Going over the basics of financial analysis and company valuation is also a good idea.

Are You a Team Player?

Having extensively demonstrated your individual skills in the other stages, it is also important to prove that you can perform well as part of a team, which is what the group exercise is for. Here, you and your competitors are split into groups of 4-6 people and the entire group gets a case study to review. You should note that recruiters will observe the group while it is working on the task.

It is a common approach to try to dominate the process so that you could demonstrate your leadership skills; however, you should be careful because not listening to others or being too active without actually making valuable contributions to the discussions might not make a good impression on your potential employers. Being too quiet, on the other hand, is unlikely to work in your favor either, so the best approach is to look for the balance, as well as to demonstrate that you are a team player.

Depending on the bank, you could have anything from three to seven interviews on the day, including with senior bankers and representatives from the HR department. Some of those interviews will be competency-focused, whereas others will test your banking know-how.

The key is to doing well in the interview, or rather, string of interviews, is to tell your story right, as well as to manage to demonstrate your strengths in the answers. You should know your CV and application form extremely well and be prepared to address any concerns flagged by your prospective employer.

Everything is a Test

It is important to note that while this might not always be the case, some investment banking assessment centers involve a networking event of some sort, such as a lunch with your prospective colleagues as well as with your competitors for the spot. In that, assessment centers can again be compared to the US Superday, which often involves a networking event prior to the actual interview day which gives the employer a chance to evaluate the candidates and assess their qualities in a less stressful environment. Despite the more relaxed setting, you should remember that you are still under observation and your behavior might eventually tip the scales.

Assessment centers can indeed seem as a considerable challenge, but on the other hand, they give you the chance to actually demonstrate your skills, and if you’re well-prepared, to outshine our competitors for the spot.

In addition, the assessment centre will also allow you to get a really good feel of the company and the people you will potentially work with, so at the end of the day, you will know if you want that place to be the first (or the next) stop in your investment banking career.